Corpus Christi is a school with a Catholic ethos and has the Catholic Archbishop of Dublin as its patron. It is a community of children, parents, families, teachers, and those from the parish who work together in the spirit of the Gospel.  Our values are those of the Gospel, respect, community, justice, faith, commitment, forgiveness, excellence, compassion and dignity. We try to model and promote these values in all interactions between pupils, between pupils and staff, between parents and staff and among staff and management itself.

The school transmits a philosophy of life inspired by belief in God and in the life, death and resurrection of Jesus Christ. It promotes the dignity and self esteem of each pupil as the human person. We encourage the pupils to develop their gifts and to use them for the common good and to develop a more just and tolerant society.

We aim to make the school a centre of excellence for teaching and learning in which high professional standards are maintained and where pupils can learn in a safe and secure environment.

Religious Education is part of the school day and every year the children are provided with the opportunity to prepare for the sacraments of First penance, Eucharist and Confirmation. The girls also participate in liturgical celebrations such as Christmas and Easter. Significant school events such as the opening of the school year and graduation for the 6th class pupils are marked and celebrated with school liturgies. We have strong links with the local community, sporting organisations and the parish.

The following subjects are taught in line with the revised primary school curriculum. Your child will be learning in the following areas and subjects:

There are national guidelines regarding the amount of time to be allocated to each curriculum area.

In recent year a new Primary Language Curriculum has been introduced for the Junior Infant to Second class. The new maths curriculum for primary schools is not now expected to be published until 2022. You will find a link here >>> for the information on the new curriculum.

This year Corpus Christi GNS has a staff of 22 teachers, 4 special needs assistants, a secretary and a caretaker. There are 17 mainstream classes and three teachers on the Special Education Team. The classes are as follows: 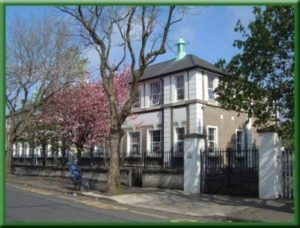 Corpus Christi school was first established in 1931 to cater for the boys and girls of the local community. The 1920’s and early 1930’s had seen a huge rise in the development of Drumcondra with almost 400 extra houses built during that time. This in turn led to an increased demand for school places and Corpus Christi opened its doors in 1931 to cater for this need. The Holy Faith Sisters, who were based in Glasnevin agreed to take on the running of the school and they travelled to the school every day to teach and to administer to the many children there. The school cost £18,000 to build and featured in an Irish architectural journal as an example of the most modern schools. The boys usually attended until first class only and then transferred to the boys’ school.

Class size in those days was very large and some of the classrooms were linked by folding doors, which could be opened as necessary. As secondary school education was not free until the 1960’s, many people had to leave school at the end of primary school. Before they left primary school they completed an examination called the “ Primary Certificate”. Children had to pass exams in Irish, English, History, Geography and Arithmetic in order to get their “ Primary Cert”. Other girls often competed for scholarships to get to secondary school including St Mary’s Glasnevin and Dominick Street Secondary School.

A local woman recalls her time in Corpus Christi during the 1930s.

“ Corpus Christi was only a few years old when I started there in July 1934. My three sisters followed during the next few years. I was six years old(older than most of the girls in the class) and I joined the babies class. Miss McKenna was my teacher and she was very kind. We had “ teigh a chodlagh” time morning and afternoon and we would put our heads on the desk and have a little rest.

There was no art work in the school. Maps were hung over the blackboard from 1st to 7th class. There were three long narrow frames in each classroom with Irish verbs in the past, present and future tense. Each classroom had a small framed copy of the week’s timetable. Some classrooms had copies of Paul Henry’s paintings on the wall. The paints were of mountains, cottages and the coasts of Ireland. When I grew up I joined An Óige and visited many of the places in these paintings”

In 1964 an extension was added to the back of the school. This included toilets, a cookery room, a classroom and some cloakrooms. During the 1960s and 1970s the pupils at the senior end learned basic cookery skills as well as sewing and knitting.

Due to the very small numbers of boys attending the school by the 1990s, the decision was made in 1995 to enroll girls only and the last of the boys left in 1998. The Holy Faith Sisters continued their involvement with the school until 1990 when the first lay principal was appointed.

The school continues to provide a quality education for the girls in the locality and very many of the pupils here, are the third or even the fourth generation of their family to attend the school. While almost everything about the provision of education has changed since the school opened, we continue to link with the past but also to provide an education for the children of the 21st century and for the world that they will inhabit in the future. We are proud of the history and traditions of our school.